Opera Review: The World Premiere Production of “The Hours” at The Met Gives Three Sopranos the Chance to Shine 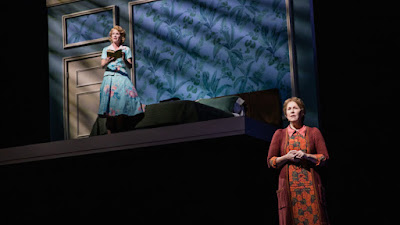 Opera/Theater Review: The Hours
At the Metropolitan Opera

Premise: “Am I Monster? Or a Mother?” sings Laura Brown (Kelli O’Hara), the suburban housewife in 1951, as she has a panic attack and impulsively drops her young son nicknamed Bug off at a babysitter and gets a hotel room to do the one thing she wants to do: read Virginia Woolf’s “Mrs. Dalloway.” But, maybe Laura has an ulterior reason? Meanwhile, in 2001, Clarrissa (Renée Fleming), whom her soulmate Richard (Kyle Ketelsen) calls Mrs. Dalloway (Clarrissa is the first name of the Woolf heroine), is throwing a party for Richard, who says he’s getting a literary award for still being alive (he has AIDS). Clarrissa even announces that she “would pick up the flower herself.” This is the famous first line of the novel, which in 1923, Virginia Woolf (Joyce DiDonato) is writing at her country house, but is always being interrupted by her husband, Leonard (Sean Panikkar) and their maid. Woolf wonders if she could set her novel (she hasn’t decided if she’ll call it “Mrs. Dalloway” or “The Hours”) over the course of one day but she is certain someone will die at the end. All three time periods take place over the course of one day and are played simultaneously on the stage, and at the end of one of these three days, someone does indeed die. 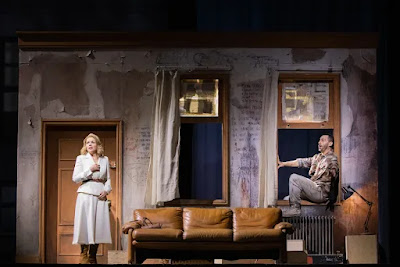 My Take: I have always been a fan of Michael Cunningham’s novel and of course the film version by Stephen Daldry with a trio of first-class actresses (Meryl Streep, Nicole Kidman and Julianne Moore) was pure heaven. Composer Kevin Puts has written a very listenable opera, being both lyrical and complex when needed, but even though he insists that each time period and heroine has its own musical style, at first listen, I was overwhelmed by the overall sadness of the piece that would seem even excess in an opera (even Cio Cio San has a happy dalliance before it all goes south). The only moment of joy takes place as a flashback for Clarrissa and Richard at a beach, but even that is undercut since the person narrating his flashback is Louis, Richard’s boyfriend, who was jealous of the two. I enjoyed Puts’ underscore music between the dialogue, especially the start of Act Two in which Puts gives into the Philip Glass of it all (Glass received an Oscar nomination for the film score). Hit or miss in Phelim McDermott’s production is the use of the chorus and the overly symbolic choreography by Annie-B Parson. Some moments, like the beautiful flower shop scene, feel magical. But there are also moments in which dancers with pillows litter the stage when Laura is at her lowest. And there’s a moment I won’t spoil that I will just call the “Tosca” moment, that should elicit all kinds of emotions on stage, but just gets small gasps from audience members who obviously never saw the movie. All three main actresses are exceptional, with Renée Fleming getting most of the opening night love for her comeback role after her premature retirement announcement in 2017. The supporting cast is equally impressive, with Denyce Graves as Clarissa’s partner, Sally, standing out (there are a lot of Sapphic overtones in “The Hours,” which Puts and lyricist Greg Pierce don’t shy away from). Running five minutes shy of three hours, this two-act opera sung in English should be a popular repertory mainstay for the Met, even with an aura of sadness hovering over the action. 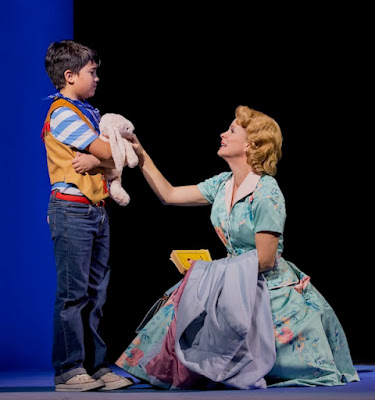 VIP: Kelli O’Hara. Broadway’s beloved sweetheart (“Nice Work if You Can Get It,” “South Pacific”) has always had a toe in the opera world, most recently in “Cosi fan Tutte,” but this is her shot to originate a role, and while Laura’s journey doesn’t seem as urgent as the other two stories, it’s only at the end that we see why that day was the one that was so important, and O’Hara, using her Broadway expertise with an onstage transformation to tie everything together. This is O’Hara’s second time to recreate a Julianne Moore film role for the stage (she was in the off-Broadway musical version of Moore’s “Far From Heaven”) so I look forward to O’Hara’s eventual role as the dancefloor-loving “Gloria Bell.”