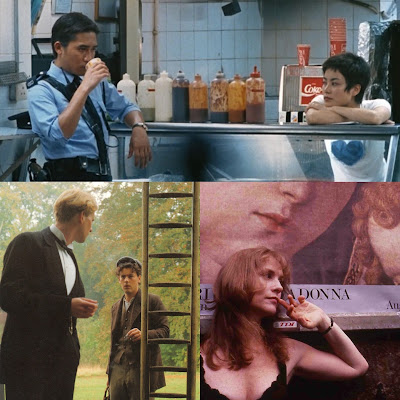 As summer ends (on Labor Day in Hollywood terms – it doesn’t officially end until September 22), the films in theaters are rather bleak, so I decided to look back on three films by master filmmakers, who made me love the art of cinemas, at various points in their careers. I’ve seen these films many times since their premieres but not much in the past ten years. Each has returned either on streaming or physical media. My fear? One or more of these influential films haven’t aged well. Let’s see. 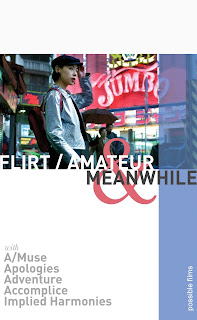 Background: Hal Hartley is probably the least known auteur of the three, yet his films made me love New York filmmaking. He creates quirky, idiosyncratic films, mostly about New York and Long Island, at least at the start of his career. His first, “The Unbelievable Truth,” was very low budget and starred Adrienne Shelley and Robert John Burke in one of their first movies. His second film, “Trust,” gained him attention as did his third movie, “Simple Men,” his first film to play at the Cannes Film Festival. His work is simply shot but has the most unique dialogue style and cadence. 1994’s “Amateur,” his fourth movie, was his most ambitious, as it was the first time he cast a star in the leading role instead of someone from his reliable troupe of actors, which included early-in-their careers Martin Donovan, Parker Posey and Edie Falco. After his anthology film “Flirt,” which had stories filmed in Germany and Japan as well as New York, Hartley had his big breakout film, “Henry Fool,” which won the screenplay prize at Cannes in 1998. Since then, he has continued to make quirky films of varying degrees of success, with most now crowdfunded and almost as bare-budget as his earlier films. I have contributed to many of his projects including the box set that “Amateur” is part of. One of my favorite life moments is actually being in one of Hartley’s movies as an extra, with no dialogue but prominently seen in the final cut. 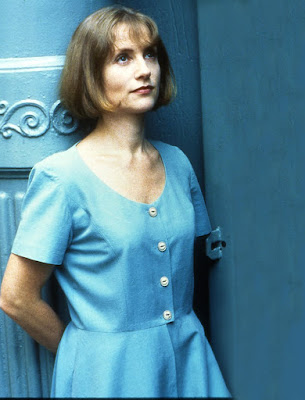 Review: Martin Donovan plays a man who wakes up in the middle of a Manhattan street, bloodied and without his memory. He is rescued by an ex-nun named Isabelle (Isabelle Huppert) who is supporting herself writing hardcore stories for a pornographic magazine. Meanwhile, Sofie (Elisa Löwenstein), who is somehow connected to the mysterious man, is embroiled in some shady international crime dealings involving floppy discs (remember them?). Their paths soon cross as Isabelle is convinced she is supposed to save Sofia as a sign from the Virgin Mary. Huppert, who was a big star in French cinema at the time and wouldn’t really become big in the US until “The Piano Teacher,” is quite wonderful here with Hartley’s dialogue and deadpan delivery. My favorite Hartley lines I constantly quote from this film? “How can you be a nymphomaniac and never had sex?” “I’m choosey.” This time around, my favorite line is “When I make mistakes, they tend to be big ones.” It was great to see cameos from way-too-young Parker Posey, Michael Imperioli and Tim Blake Nelson. The movie is as quirky and enjoyable as I remembered it, but the slapstick violence, mostly involving Damien Young as a man protecting Sofia, is a bit much. While I think “Simple Men” is still my favorite of Hartley’s films, this is his most accomplished and complex. Hopefully it will show up on a streaming service soon, but as of now, you can only see it as a Blu-Ray box set that is sold on Hartley’s website. 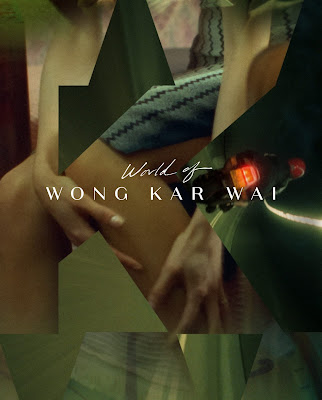 Background: Like most cinephiles, I first discovered director Wong Kar-Wai with his indie smash “Chungking Express” from 1994, years before giving us his masterpiece, “In the Mood for Love” in 2000. Like Baz Luhrmann, Danny Boyle and fellow countryman John Woo, Wong has a unique vision and flair for the dramatic. “Chungking Express” was Wong’s fourth film and is made up of two short films that share the same setting as well as the theme of unrequited love and how it makes fools of us all. Wong has said his next film, “Fallen Angels,” was supposed to be the third film in what was then a “Chungking Express” trilogy. Criterion recently released a box set of Wong’s films, remastered and tinkered with by the director. Some of those new versions, including this one and his gay drama, “Happy Together,” which won him the Best Director prize at Cannes in 1997, have found their way to HBO Max but not yet to general streaming. 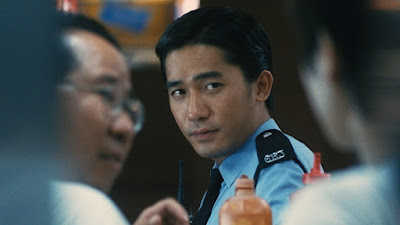 Review: Both short films take place in the bustling streets of Hong Kong and revolve around two policemen. The first, Cop 223 (Takeshi Kaneshiro), is obsessed with a girl named May, who broke up with him on April Fool’s Day. He decides to give her a month to change her mind, buying a can of pineapples (her favorite) with the expiration date of May 1 (people in Wong Kar-Wai movies make huge, symbolic gestures like this). His path crosses with a mysterious woman (Bridgette Lin Chin-Hsia), a drug smuggler in a blonde wig and sunglasses. The second cop is Cop 633 (Tony Leung Chia-Wai), who was also recently broken up with, not knowing he’s being “watched over” by a woman (Faye Wong) who works at his favorite express-food stand. The first part was always the weaker of the two stories, despite the goofy charm of Kaneshiro, mostly because the whole drug smuggling aspect doesn’t really feel germane to the rest of the film. The second half benefits from having both leads relatable and quirky, especially the charismatic and swoony Leung, who wouldn’t make his first Hollywood film until this year’s “Shang Chi” from Marvel. He and Faye Wong play off each other well and their story is still as charming as I remembered. Even back then I knew the VIP of the film was cinematographer Christopher Doyle. Does it still hold up? Yes, it does.

P.S. Because of the subtitles, I found out that the lyric in “California Dreaming” by the Mamas and the Papas (which is played ad nauseum – another Wong Kar-Wai trope) is “You know the preacher lights the coals, he knows I’m gonna stay…” I always thought the lyric was “You know the preacher likes the cold…” This doesn’t change the meaning of the song, but I like my version better. 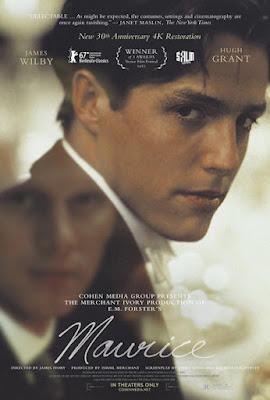 Maurice
On Blu-Ray and streaming

Background: During their successful Merchant Ivory E.M. Forster era of films in the early 1990s, director James Ivory and producer Ishmail Merchant, who were in a relationship as well as being work partners, decided after the successful “A Room with a View” (which I know is flawed but is one of my favorite movies ever) and before “Howards End” (their masterpiece) that they would make Forster’s only gay novel, published posthumously in 1971. Their frequent collaborator, the screenwriter Ruth Prawer Jhabvara, however, decided “Maurice” wasn’t literary enough to adapt. So, Ivory decided to write the script with playwright Kit Hesketh-Harvey. The biggest revelation of the film was that the Brits pronounce the titular hero “more-us,” as opposed to the French pronunciation. Ivory didn’t have quite the skill as a screenwriter here as he would with his Oscar-winning screenplay for “Call Me By Your Name.” The 1987 film was not the critical hit that “Room” was (or “Howards End” or “The Remains of the Day” would be), and it only received one Oscar nomination for Best Costume Design. It starred Hugh Grant (five years before he hit it big with “Four Weddings and a Funeral), James Wilby and Rupert Graves, who was, is and always will be the hero of the film. 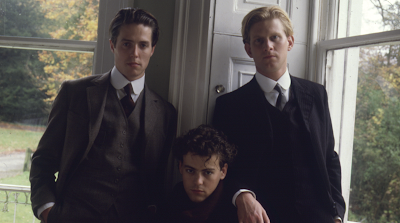 Maurice (c) Cohen Media Group
Review: Maurice (Wilby) and Clive (Grant) are Cambridge schoolmates in 1909 and they hesitantly fall in love with each other, although it’s more about romantic feelings than actual carnal knowledge. So, when Clive decides after a nervous breakdown that he doesn’t want to be socially ostracized, he gets married. Meanwhile, Maurice tries to change his homosexuality with hypnosis (the doctor with the worst American accent played by Ben Kingsley) but is frustrated with his life, until one visit to Clive’s family estate, where he meets gamekeeper and literal gay icon, Alec Scudder (Graves), who opens Maurice’s eye to the possibility of a happy life. After watching the VHS copy so many times before the advent of DVDs, I wanted to revisit the film I found, as a gay movie, very engaging, but as a Merchant Ivory film, a little heavy-handed. The film, remastered for Blu-Ray in 2017 and now streaming, could have been a bit more poetic in its presentation. The problem is that the movie is schizophrenic in its floating hero problem with too much focus on Clive and his struggles when we really should be following Maurice, who should be much more sympathetic than Wilby plays him. And gay audiences of today will admire the actions of Scudder, lower class, of no real means, but honest, who despite the overhanded plot possibility that he might be blackmailing Maurice, would rather choose love over status. In fact, the story of Scudder has been expanded in William di Canzio’s recent novel, “Alec.” But while I hope for an eventual miniseries treatment of this novel, this film is fine, interesting historically and can be enjoyed for its eventual “happy(?)” ending.